Where do stories come from?  Well, when a mommy idea and a daddy disciplined-dedication really love each other…  Ha!  Wouldn’t that be interesting.  Truth is, it’s not too far off base.

I can’t speak to every writer’s process, but I have discussed my approach when that genesis kernel of a story might manifest for me—but then what?  How does that grow into a story?  Allow me to share my process with you.

I could be walking through a park, joking with friends, trying to clear some programs from my bulging DVR queue—maybe I’m working on an unrelated illustration, filming a commercial spot for printers or acting out a scene with an improv group when suddenly a new concept begins to manifest, rising up from bubbling depths of the pudding I call my mind.  This concept could be almost anything—a title, Faceskull and the Destroyers; a name, Carl Bastardson; a character trait, can taste people’s thoughts; an occupation, road-kill collector; an encounter, truck vs. banana; a relationship, an environmental activist in love with an oil tycoon; a scene, a bartender accidentally gets an angel’s wings and the angel has to negotiate to get them back; a plot, a fake psychic has 48 hours to find a mob wife’s missing jewels or he’ll be bit by a radioactive coyote (long story); or just the ending, the grease fire in the diner explodes and it turns out he was hunting himself the whole time… it goes on like this.

So then I’ll put in a little time developing whatever it is that has popped up.  I’ll create a rough outline of whatever I’m starting with; it might be some facts or background on Carl, the implications of tasting thoughts, or what a typical day is like for someone who picks up road-kill for a living, and so on.  During this step, the other elements I’ll need to construct a story generally begin to develop organically.  Newer concepts are created off of the one I’m outlining, or older concepts that had been floating around get added to the new one.  Maybe Mr. Bastardson is the road-kill collector, and he’s good at it because he doesn’t have a normal sense of taste or smell… he can only taste thoughts!  Maybe he picks up extra money on the side working as a hack psychic since he fell from heaven and lost his wings?!—until he accidentally crosses the mob!—by falling in love with the boss’ daughter, who’s trying to go legit working in oil?  Anyhow… 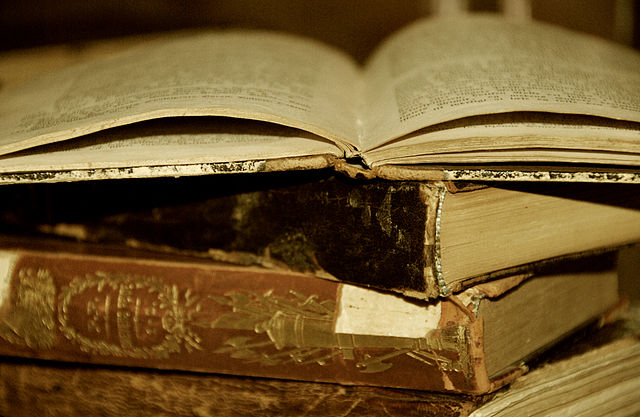 At this point, I will have outlined and/or written up some scenes to test my concept.  Assuming I’m liking where everything is going, I’ll start putting in some time on research.  For me, whether realistic or fantastic, I’m the type of reader who really enjoys when concepts are rooted in some pre-existing facts, history, behaviors, etc.  Since that’s what I enjoy as a reader it makes sense that that’s what I’ll practice as a writer—first and foremost, you’re writing for your own entertainment.  If you’re not entertaining yourself, chances aren’t great that anyone else will find your writing entertaining either.  So at this point I’ll begin my research on different aspects of my concept to make sure that I’m knowledgeable about my subjects.  I’ll study up on synesthesia, criminal organization structures and practices, angelic myths/legends/stories, Department of Transportations’ sanitation divisions, and so on.  This may sound like work but if you’re already excited about your concept, this is often a fascinating step and you’ll find that it opens new doors and possibilities for the story you’re constructing—a DOT vehicle is allowed places other vehicles aren’t, could be a useful story element.

There’s a good chance that I’ve already got some chunks written at this point.  Whether it was at the concept, development or research phases, at very least I’ve taken notes but it’s more likely that I’ve begun writing sections.  I may be jumping back and forth between steps as I’m writing and new concepts are emerging.  All of these steps are not mutually exclusive or happening in silos; they feed off of each other spiraling deep into the core and details of the story.  So whatever writing has already taken place is now greatly expanded upon, connected, fleshed out and sometimes removed or replaced for the sake of the story.  This is the part of the process that generally takes the greatest amount of time but is also the most exciting and rewarding if you’re doing it well and allowing the story to reveal itself to you.

Some writers say to power through to the end, typos and structural issues be damned!  Then go back and make adjustments.  For me, I’m continually reading what I’ve written and making adjustments and corrections as I work.  Typically, I’ll start each writing session by reading some of what I’d just written previously.  This helps me get back into the flow of the world I’m working in and I may even realize some neglected potentials or areas for exploration while obliterating any typos I come across.  For me, it serves as that “Previously on…” segment that plays at the beginning of a show to remind you what happened last week—Oh, yeah!  Darcy’s sister was kidnapped!  I wonder if Roger had anything to do with it…

So, when I’m finally finished writing the story, going back through it doesn’t take quite as much time.  I’ll seek out any loose story threads, missed set-ups, missing set-ups and relationships or events that might need elaboration or detailing now that the whole structure has been constructed—among other things.